Grow this ability of yours! Grow!

The site where adults with an autistic spectrum condition can discover ideas and examples of how to use nature as a focus for self expression and personal growth… By making an effort to connect with nature in whatever way we can, we can begin to make discoveries about ourselves, the life we have and the world around us. This brings us the opportunity to connect ourselves with the rest of the world in a way that is comfortable and manageable for us. Life can be so much more fulfilling. We just need to discover how – and the answer is all around us. Let us share our discoveries. Understand nature, understand life. Start now…
We support the

It took a life-changing shock to lead me to seek an autism diagnosis – quite late in life (relatively speaking). It often goes that way with late diagnoses. An example of something good coming from something bad. The Phoenix rising from the ashes. 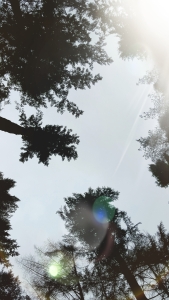 Auticulture Network was always about autistic adults finding their own connections, personally, with others and with situations in life by having a place of escape, retreat… to rise again like that Phoenix…

…in the natural environment, to know its restorative qualities and establish connections that would work for the individual. Of course, this involves human beings, some of whom do not want others to thrive without their influences and interferences and some of the “go to” places for autistic people don’t like us doing our own thing either, but that’s their tough luck and bad on them for such meanness.

Our people can come and go at will and this doesn’t affect our funding or job security because none of that affects us, we’re doing this for ourselves, each of us. We have no jobs within the group, we have no funders… we do it…with occasional help but we do it!

And it’s not just about having space and a place to listen to the birds and the wind or grow our own crops or flowers…we can create our own projects but more importantly, realise that we do not need to be herded, diminished or commodified or even modified. We’re as ok as you, as anyone. Everyone, at some point in life, has issues to deal with.  We’re just doing our best in this life.

We know all about that and we know about the Culture of Autism. So, over the past three years, our group has grown – organically! It’s has responded to individual needs, diverted the aggressors and welcomed those in need of retreat.

From this friendships can be made and the world can open up – as the people choose for themselves. Activities beyond our garden walls are created; meetings; outings; sharing. We don’t end burnouts and catastrophes but we always have a place to recover from them. We establish our networks, and we own them – individually.

These are not successes to be hi-jacked as ‘evidence’ for funders, it’s real and we enjoy horticulture, we enjoy and share cultural activities but above all we respect and understand the Culture of Autism and how important it is being true to ourselves. That’s not something that anyone else can do for us, we achieve this through our own efforts. That’s the Culture of Autism. Individuals being individual. Is that so radical?